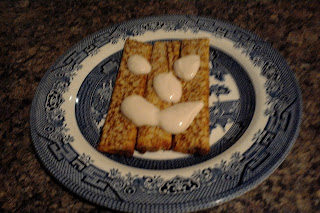 So I’ve eaten the pancakes and am ready to start the journey of Lent. This year it has a double purpose for me. In addition to preparing for Easter it will also give me the space to prepare for the change in life I’m going to be undertaking in the summer. I’m giving up my current job and heading to a new city where my husband will be taking up his new role as a probationary minister in the Methodist Church.


When I was thinking through Lent this year and what to do I was struck by the vast array of resources which are available on the internet. Which one to choose?


Well, this year I am going to be taking a pick and mix approach to it all. Putting together a toolbox of resources to take with me on this journey of preparation.


To get me thinking about what Lent is all about before I start out I’ve been using a really useful You Tube talk from Maggi Dawn which is a few years old now and was put out by Church Next. It’s called IntroducingLent with Maggi Dawn and puts the foundations in place.

Then there is the resource I’ll be trying to use everyday. That’s going to be #share40 which has been put together by the Birmingham Methodist Circuit to accompany their Holy Habits programme. This one I’m using partly because I was encouraged to and as I’m part of the circuit it makes sense. However, I’m also using it because it contains 40 things which happen to be ordered but are not really associated with particular days. Over all they help you prepare but they allow a freedom to use them in a way which works with you and actually helps you prepare by thinking about your place in community with others.


Scripture wise I’m going to be focusing on different things. Some of the online groups I’m part of are doing Lent meditations and I'm sure they'll be interesting to listen to and reflect on. Then I think the Church Urban Fund has some interesting material linked to the lectionary which is going to be useful to take a glance at, at least on a weekly basis. 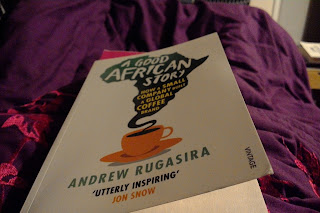 Then they’ll be reading and watching films. My reading is going to start with A Good African Story: How a Small Company Built a Global Coffee Brand and then from there it will be progressing on to a biography on Bonhoeffer. Film wise some of the films coming out during Lent which seem like they will be interesting to reflect on are: Trespass against Us, Viceroy’s House and Rules Don’t Apply. I Daniel Blake, which I haven’t yet seen is also out on DVD and so that’s something else I want to catch up on over Lent.
Note I'm a book and film buff and so for me it's not about doing more than I normally would, but actually weaving in what I'm doing to the rhythm of the season we're in. Similarly with the SHARE40 what I'm going to be doing is looking at where my day automatically gives opportunity for some of this stuff, and then if nothing fits look at how I can intentionally do something else. Where it does overlap, so for example tomorrow I'm going to a networking breakfast and that will enable me to have breakfast with somebody I don't normally, I'll seek to reflect on that what I was doing.


The common theme coming out of these for me this year is thinking about my relationship with God in relation to how I relate to others in the world around me, especially those I don’t know well.


I share this all to give you an idea of some of the things available for you this Lent. We live in a time with more resources than any other….choose 1 or choose several it’s up to you, but I encourage you to take time to do a little Lenten preparation this year.
Posted by Sally at 13:10 No comments:

Email ThisBlogThis!Share to TwitterShare to FacebookShare to Pinterest
Labels: Lent

What Transferable Skills Are You Gaining from Your Worshipping Community?

If you are part of a worshipping community and are seeking to refresh your C.V this post is for you.

Have you thought of specific transferable skills you may have picked up in church life which employers might be interested in?

For example: if you have been on a welcome team you have an example of team work where you have regularly used verbal communication to put people at their ease. 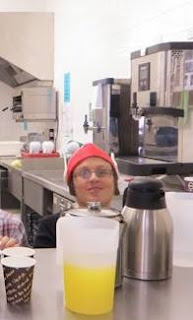 Or maybe you’ve been involved in planning an event for your church which has involved catering. You’re likely to have used budgeting skills, marketing skills and team working skills. You will have quantitative information to give regarding how many people attended and if appropriate how much was raised for charity.

I float this because in a project I’ve been developing professionally, within the chaplaincy, around this where I also get students to look at their personal values and think how these match what employers are looking for. I never fail to be surprised by the way that many people seem to find it a revelation that what they have been doing in the context of a worshipping community relevant to the development of their professional careers, particularly when they’re first developing their C.Vs.

Now I could write chapter and verse, using appropriate theory, on why I think this is something which needs to be further developed by the church but that’s for elsewhere. All I want to do in this post is to encourage you to think of the wider value of what you are doing in your worshipping community. Yes, you are serving but God is also enabling to develop your skills in various areas and you are gaining those transferable skills through what you’re doing.